O​nce upon a time there was a special place for cats. Shawna called it Fenner’s Feline Funny Farm. Located in beautiful downtown Mount Clawmens, Mewchigan, the Funny Farm was noted for its friendly felines and meowy mood. Shawna considered advertising the place as a vacation spot where depressed cat lovers could visit, but the plans never really got off the ground.

One day the Funny Farm’s Fenner decided to get married. Fenner’s Feline Funny Farm became Steiners’ CATS on December 31, 1992. After the death of her husband, Shawna decided to assume her maiden name again; therefore, we became Fenner Felines on June 28, 2017.

The twelve cats who relocated to Rrrrowal Oak, Mewchigan, in November 1997 have crossed the Rainbow Bridge. They were the seniors Peapurr, Mama Kitty, Mocha B. Dude, and Snickers; the six siblings Brave, Bandit, Bad Boy, Bits, Bytes, and Brenna, and their half-sister Pot’o’Fur; and Cassie.

The current cats are enjoying their home in Rrrrowal Oak, which they share (at a distance) with their Grandma Bernita (and at one time her cats, Charlie Chompers and Toshi Purrs-a-Lot); and—since March 2018—Aunt Melissa and her cat, Choco Latte. Two doors down with cousin MJ live Luckie Grace and Marcus Jehoshacat.

Everyone who visits your site should know that from the time I joined the family until the day I crossed the Rainbow Bridge, I was the boss of this house. I divided my time between the realm of the upstairs, where I chased and intimidated my sister, Toshi Purrs-a-Lot, and growled at Choco Latte; and the realm  of the basement, which Shawna’s Fenner Felines think belongs to them. On an almost daily basis, I made my presence known, marking my dominion over all I surveyed by using every litterbox in the house. 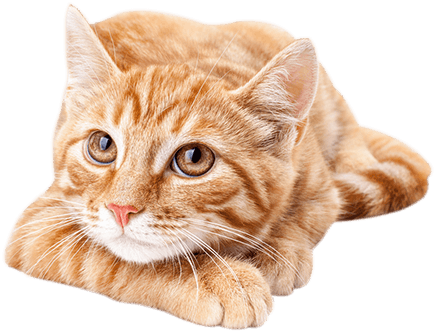